I am passionate about Aboriginal cultures and I consider that the modern world has a lot to learn from its oldest and purest worldview, which was transmitted and cared for as a treasure throughout history.

In this post, I share with you a bit of the research that I am doing of two apparently very different cultures, but very much the same in depth, which have always inspired me for being the creators of those two harmonizing spiritual and artistic wonders, that we like so much. , and we use today, which are the Dreamcatchers and the Didgeridoos.

An Aboriginal man playing the didgeridoo

It could be thought that these cultures, because they are located in opposite latitudes, should have different worldviews, because curiously we have found a great coincidence in their vision of the world and of life, which make us think that this spiritual place where the sages of the tribes, in search of knowledge, vision and healing for the community, was the same for all of them. That place where the ancestors and the “Great Spirit” resided, although they take different names in the different peoples, it is about the same energies, the same teachings and the same worldview, with slight superficial differences, which when analyzing them always lead us to the same synthesis.

And I make this comparison between these two cultures, because I believe that it is in the synthesis, that is, in the points they have in common, where the truth for all humanity is found. 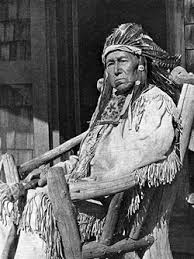 Both cultures respected a parallel and spiritual world where they came looking for vision. Australians called this “world” Dream Time. The North Americans Objibwa and Lakotas referred to it as "the great mystery", they use the famous Dream Catcher, or Dreamcatcher as a means of connection with the spiritual world, the world of dreams, where they go in search of vision, which would be knowledge .

As we delve into other posts, the Australian Aborigines, from the area known as Land of Arnhem are the creators of the didgeridoo.

Their vision is based on that “they believe in two forms of time; two parallel streams of activity. One is objective daily activity, the other is an infinite spiritual cycle called "sleep time," more real than reality itself.Whatever happens in sleep time sets the values, symbols, and laws of Aboriginal society. Some people with unusual spiritual powers were believed to have contact with sleep time. ”

2) The spiritual world was considered the world they came from, and life there is eternal:

For Australian Aborigines, what they called the Dream Time was reality, while the three-dimensional and transitory world in a physical body (life ), was a kind of illusion. The dream time was a parallel spiritual world where they really came from and where they lived eternally. It would also be that spiritual dimension where what the American Aboriginal Ojibway creators of the Dreamcatcher, called Gitche Manitou or The Great Spirit and the ancestors, would recidir. Australian natives believe that each person exists in an essential way eternally in Dreaming. This eternal part existed before the life of the individual begins, and continues to exist when the life of the individual ends. (…) Before plants, animals and humans were created, they were souls who knew that they would acquire physical qualities


3) Nature is considered a complete organism, alive and sacred:

(...) Aboriginal people respect the environment and want to be with Nature, because this is their friend. Traditional Australian indigenous peoples embrace all phenomena and life as part of a vast and complex reticular system of interrelations whose traces can be traced back to the totemic ancestral spirit beings of "El Soñar". In the same way, the Ojibwe, like the Australians, saw themselves as another element of nature; no bigger and less than everything else on earth. They held animals and all of nature in high regard.

4) The search for vision or wisdom:

One of the focal points of the Objiwe religion was the acquisition of knowledge through dreams or visions. Entire ceremonies were dedicated to acquiring these dreams. Fasting or abandoning certain needs for a certain period of time was a common practice used to improve the ability to access different dreams or visions (Flett). The tribe set aside certain icons to emphasize the importance of dreams. One of the best known is the Dreamcatcher, which is an object used to catch "good" dreams. It refers to visions. Good dreams, as I understand it, are those that provide important and revealing visions for the present, the past and the future. future of the person, visions that give meaning to the synchronies that occur in life, to events, to catastrophes and to the deepest inner processes of the soul. Furthermore, the tribe had a "dreamer established in his place." A dreamer was a tribal visionary who had access to dreams of great importance; Often these dreams were prophetic and used to predict impending danger.

In the Objiwa culture sweat cabins, known as temazcal, played an important role in bringing dreams and healing. In the use of sweat cabins for dreams, water was poured on hot rocks to produce steam and all doors were closed, like a sauna. Sometimes pine or birch arches were added to the rocks. This ritual was said to increase the occurrence of dreams, that is, to increase visions. Because when we have a problem or obstacle in life, the important thing is to look for a vision, which has the other side, the other world, our real and true Being, the Great Spirit or whatever we want to call it, to say about this event what is its deep meaning, its origin and what is the correct attitude that we must take so that it disappears and we stop creating it in our lives. Our superior Being who is in contact with the "sleep time" knows what is the most loving way for ourselves, but if we do not calm our mind and enter that limitless and eternal space, we cannot hear or see anything real. So wisely when community members couldn't see clearly they turned to the dreamer, to the objiwas, and to the dream-evocator, to the Australian Aborigines.


5 - A very deep connection with spiders and cobwebs:

We wonder why these things, such as the Dreamcatchers and Didgeridoo, are so important today, why they produce such a fascination, that it makes that despite the passing of the years, these Objects seem to be increasingly booming and becoming more popular.? I believe, as the Dijoma Association blog says, that “our culture is undergoing a necessary change in worldview, the change from seeing everything as a mere lifeless mechanism to seeing it as an organism - full of life, mind, intelligence and soul ”. That is the final message that emerges from the legend of the Dream Catcher or Dreamcatcher and from the tales of Dream Time or Dreamtime.

The Dream Catcher has an explanation and origins in a legend, because these American communities, like the Australian ones, shared wisdom through stories that were passed down from generation to generation. In American legend the Dream Catcher is related to the spider woman, a goddess who has left this teaching on the circle of life and the network. In ancient American traditions, the spider is a representative of ancient wisdom in the archetypal figure of the "Grandmother Spider"; In the Australian Aboriginal tradition, the cobweb serves to protect our dreams. In her book "the voices of the desert" Marlo Morgan makes reference in the chapter "The evocative of Dreams" to a ritual with a cobweb to request a dream or vision "The author explains in said book, that everything written in it, is a real story.

"Spirit Woman explained her talent. Each human being is unique, and each of us is given certain characteristics that are exceptionally strong and that can become a talent. Her contribution to society was that of an evocative of dreams. We all dream, he told me. Nobody cares about remembering their dreams or learning from them, but we all dream. "Dreams are the shadow of reality," he explained. Everything that exists, what happens here, is also found in the world of dreams. All the answers are there. The special cobwebs are used in a song and dance ceremony that serve to solicit guidance from the universe through dreams. Then Spirit Woman helps the dreamer understand the message.

As I understood it, for them "dreaming" means "levels of consciousness." There is an ancient dream when it goes back to the creation of the world; there is an out-of-body dreaming like deep meditation, a dreaming while sleeping, and so on.

The tribe uses the evocators of dreams to ask them for advice in any situation. They believe they can find the answer in a dream if they need help understanding a relationship, a health issue, or the purpose of a given experience.

(...) Without using drugs to control the mind, using only breathing and concentration techniques, they are able to act consciously in the dream world".

The voices of the Desert, Marlo Morgan

"Man does not weave the web of life, he is only one of its threads. Everything he does to the plot, he does to himself". I