Dreamcatchers have been used throughout the centuries by the aboriginal communities of America.

The legends that are known about it speak of an origin in North America between the Sioux and the Ojiwas. But we have also heard that other tribes in the rest of America also use these elements.

We believe that the pattern that is formed in the web when weaving a Dreamcatcher is equal to some mandalas used around the world, and therefore it keeps and transmits a deep meaning or symbolism, as well as great teachings. 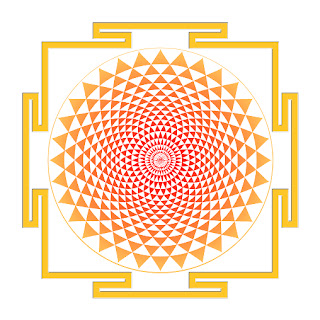 The word MANDALA in Sanskrit means SACRED CIRCLE and we can find these sacred structures also within nature
A pine cone can be thought of as a set of spirals that twist until they come together at a point that is the one that joins the stem. There are eight spirals in the clockwise direction, while there are 13 that approach the tip more quickly counterclockwise (very similar situation can be observed in a pineapple or in the sunflower or in the cauliflower) . 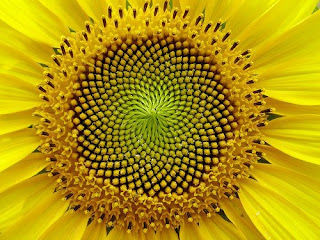 Sunflower
The concept of Sacred Geometry and Golden Ratio has been taught in the most important cultures throughout the centuries, and mandalas have been found in each of the cultures that illustrate and show the knowledge of these concepts.
The Dreamcatcher mandala has appeared in England's cornfields, a scientific explanation for the Crop Circles phenomenon has yet to be found. 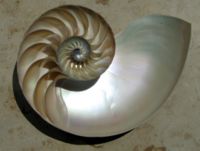 The spider web is the template on which all the mandalas can be drawn. 1 - trace the spider web template on the paper, with the help of a compass and a ruler 2- Number your lines if you wish. Then draw the spiral from the outside to the inside, as seen at the point numbered 12 in the image (you can draw to the center point or finish it earlier so that the hole in the center is free) THE FLOWER OF LIFE

t is possible to find it in all the important religions of the world. In Egypt, the source of all monotheistic religions, the "Flower of Life" can be found in the ancient Temple of Abydos. In Israel, it can be found in ancient synagogues in the Galilee and in Mesada. The "Flower of Life" contains the patterns of creation as they were when emerging from the "Great Void". Everything is made of the Creator's thought.

The universe was created in the same way that we can draw the flower of life. and making this mandala we can understand the creator and the creation moving away from the structured intellect and giving way to divine inspiration.

How to Draw the Flower of Life

1- It begins by drawing a circle with the help of a compass.

2-The compass rests on the edge of that first circle and the second circle is drawn.

3-The compass rests on the intersection of the first two circles.

4- This process is repeated for the entire flower.

There are a total of 19 spheres


Sphere: Represents the Divine Mother (Feminine Aspect of God)
Neither of its points is more important than the other and all are reached in the same way, from its center that originates them all.

Conclusion: the sphere is a symbol of unity and integrity as well as the feminine force in the universe, the uterus.

Cells, Seeds, Planets and Suns, all echo that form of unity.

The five polygons are based on the circle.

The spider is the one who weaves the web and many cultures around the world have a deity that is a spider woman or a spider grandmother. The weaver.

The weaver is the great mother Life - Death.

Thanks for reading, leave me your questions or comments 🙏

You do not need to log in to buy or browse.

I recommend that you subscribe to the newsletter to receive exclusive discounts for subscribers and we notify you when we publish a new blog. ⤵

YOUR ORDER
Removed from the cart Undo?
Spend more and get free shipping! (free shipping from USD33.00).
Congratulations! You've Got Free Shipping!
Delivery
Super Packed with Love, Home delivery with warranty and tracking